Hi,
I’m new here, heard about this page from scambaiters I subscribe to on YouTube. I don’t have a pc or laptop of my own, my daughter and son in law do. So when I got this call just now, I knew it was a scam! Straight away he told me that he was calling as he had information that my pc had been hacked by hackers and he was told to contact me as a matter of urgency. He told me to turn on my pc (I made him wait 10 minutes and said it was going very slow) as soon as I said it was on, he passed the phone to a different guy who told me to press the window key and r he told me to type something in to the box, I couldn’t find a pen to write it down and tried stalling him by saying that nothing was coming up, to give me a bit of time to find a pen. All I can remember is msco after he told me a 3rd time I told him a box had come up saying that he is a banchod scammer and was trying to steal my money, he simply said shut up. I asked what was wrong and he didn’t reply but stayed on the line for a minute before hanging up. I’ve included a screen shot I took with his number on. 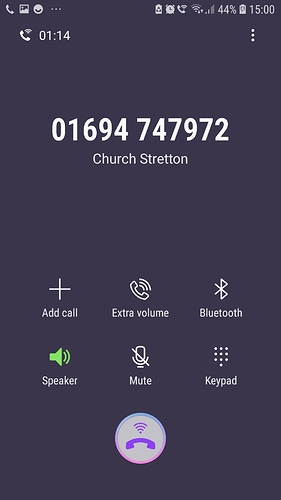