Months ago, I received an email in my real inbox about an opportunity to make money by pretending to be a next of kin.

The scammer was pretending to be a real-life Senior Executive at Standard Chartered Bank Hong Kong, looking for persons to claim a bank account of a deceased client.

I played along and replied using another email address. I guess she sent this email to hundreds of people and didn’t bat an eye when I created a fake reply email with her email trail copied.

She gave me instructions to claim the funds of a deceased individual by pretending to be their lost relative. She didn’t even bother to give me a last name. Just the name, Mr Richard.

She gave me an email address of a bank account manager pretending to work for standard chartered. He was called Wai See.

I emailed this Wai See character. I used the name Mr Richard Bojangles as the dead client whose Account I was claiming. Off course they accepted that and told me I needed to open an account with the bank first then transfer funds there before they could receive the inheritance.

I 've worked in commercial banking for nearly 20 years, and my bank did business with Standard Chartered, so everything about their fake bank account was laughable.

Finally, I filled out their fake form with fake info. Miraculously my account was ‘approved’. Now they wanted USD10, 000.00 as the opening deposit.

So how would I send that money to their fake bank? They asked me to send money to some account in the UAE in the name of a random dude. But get this they didn’t want me to put the reason as opening an account for the wire. They wanted me to pretend I was paying for art to the beneficiary. They even created a fake invoice. (Classic money laundering)

Eventually, I said my bank was suspicious of the money I was sending out (any bank legit bank would in these circumstances)

They started panicking, trying to rush me to transfer the money. So, I had a little fun. I told them the bank held my money for my own protection because they said this was a scam. I also pretended to make several mistakes in sending the money such as putting wrong account info and asking for invoices requested by my bank. Frustrated, they started calling assuring me they were legit and questioning my own bank.

So I started contacting the fake Judy Hsu pretending to be her friend asking her to loan me the money and I’d pay her back when my account was opened. I even started sweet-talking her. She took the bait and implied we’d have a sexual relationship if I send the money.

The last email I told them the police had detained me for money laundering (as they should if I did what they were asking). I also told them I loaned the money from a loan shark and was trying to send it overseas. I told them my life would be in danger if I borrowed $10000 and didn’t pay it back within a week. They assured me that I’d get my inheritance as soon as they received my money. They were only concerned about getting that money no matter the risk to me

It’s been 4 months since I replied to their last email. Last email I sent I told them I had been arrested. Today, I opened their last 5 unopened emails. Fake Judy Hsu is still asking what happened to me. 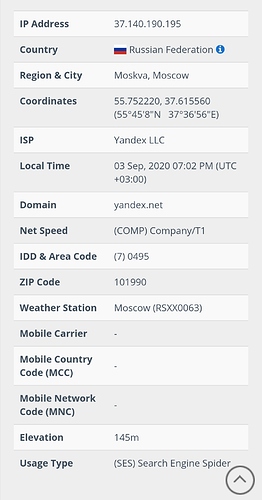 Got the scammers to click a link to an IP logger.

This is the info I got. They may be using a VPN.

Not sure what to do with this info so I’ll share the results here.

I also forwarded their emails to several a spam generator websites. And have one running on VM to email them every 12 mins.

Number is still active! Had a friend call him. He sounds Indian.! Submitted number to scammer blaster(dot)com. Not sure how long before they go after him.